A report by UK Debt Collection News has reported that Bristol City Council recently resigned attempts to recover a huge amount of unpaid rent arrears debts, meaning a total of more than £1.5m is being written off.

Aged debts can be notoriously challenging to recover, and often require assistance via a specialist debt collection firm.  Recovery statistics show that enlisting a third party debt collection agency would increase the likelihood of successful recovery and prevent the large write off. The heavy losses will be accounted for in the City Council’s budget, which may well result in an increase in council taxes for local residents. The report said:

“A review of debt older than three years has been undertaken for which there has been no activity or payments during the last 12 months. Reviewing this historic debt and considering the likelihood of collecting it, it is considered better value for money to direct resource to manage millions of current tenant priority debts and other active debts “

While the council stated that the majority of rental income owed to them is collected in a timely way, they conceded that there were regular instances where debts had accrued which were not claimed back and that without the help of an outside agency to recover them, they had found the age of the reported 3,446 former tenants’ debts too challenging to pursue any longer.

A senior council member said: “The council’s approach in collecting and recovering outstanding monies must be consistent, proportionate, transparent, fair and courteous. As the debts are all over three years old, this significantly impaired our ability to evidence transparency of the debts by former residents. We have a policy in place to differentiate between those who can’t pay and those who won’t pay, so I’m pleased we are willing to write off debts where it’s appropriate. It’s about taking a psychologically informed approach to debt and debt management”

At Sinclair Taylor, we know that the earlier debts are addressed, the better the outcome, but we also have expertise to take on aged debts of up to 5 years old, with a high success rate for our clients. We work with a number of local authorities to recover unpaid invoices and housing association arrears, helping them to rebalance cash flow and save time and money.

For more information on our no collection, no fee rates contact us today. 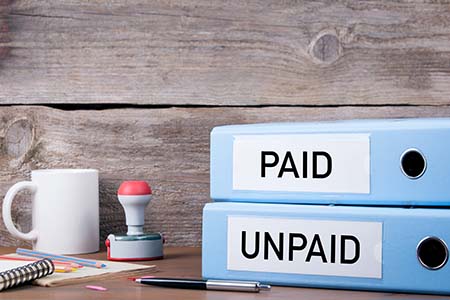